A short history of FEA

Though Euler made the first steps in solving systems of differential equations in the 18-the century, Alexander Hrennikoff and Richard Courant in the 1940s were the first to investigate mechanics problems solving with the help of these methods. The current finite element method is considered to start with “Stiffness and Deflection Analysis of Complex Structures,” published in 1956 by Turner, Clough, Martin, and Topp. [Clough RW. The finite element method in plane stress analysis. Proceedings of the Second ASCE Conference on Electronic Computation, Pittsburgh, PA, 1960.]

The term “finite element” was coined by Ray Clough in 1960 in a paper given at the ASCE Conference on Electronic Computation in Pittsburgh. Clough emphasizes, “That first FEM paper attracted very little attention, but [Clough RW. Stress analysis of a gravity dam by the finite element method. Proceedings of the Symposium on the Use of Computers in Civil Engineering, Laboratorio Nacional de Engenharia Civil, Lisbon, Portugal,1962 (see also RILEM Bull. No. 19; June 1963)]… did attract some attention.” (Clough) Also, he emphasizes the pivotal role that Ed Wilson played in the computer program for FEM development.

What kind of problems can FEA solve

With the help of FEA, engineers can immediately increase material accuracy when designing a product, seeing how all physical stresses may affect the design, and determining how stresses within one piece will affect the materials in another separate, but connected, part.

One of the most valued benefits of FEA is the ability to model an object, showing how critical factors affect the entire structure and why failures might occur. This is a massive advantage for an engineer. FEA software allows for better quality products in a shorter design cycle. It also allows for less waste of material and time. It is often used for certifying load capacity for lifting cranes, fatigue analysis for machines and machine parts, platform supports, brake or rotor lifetime certification, forensic analysis and validation, pressure vessel analysis, airport bridges, machine design, and many other purposes.

FEA simulators help remove multiple repetitions of initial prototyping. By initially simulating the system in FEA software, the designer can model different designs and materials in hours versus the days or weeks of complex prototyping.

Mesh – is an array of finite element corner points and edges representation of a larger geometrical domain. The more mesh is refined, the more model is accurate.

Node – is a computational point that defines the shape of each finite element, the intersection of two or more mesh lines.

The degree of freedom relates to a translation or a rotation along three axes at each node of an element. There can be up to 6 degrees of freedom per node depending on the element type.

Different types of software are used to simulate other engineering and physical situations. FEA software is used to predict construction behavior. The most complicated task in performing a plate buckling check for a large structure, like a complete ship design, on a general Finite Element Analysis model is to define numerous plates and the dimensions of these plates to be verified. To guarantee the correct results, the model has to have a fine mesh with small enough finite elements. But at the same time, each plate field must be treated as one separate structural member for plate buckling checks. With the help of a specific tool, it is possible to break the boundaries of general FEA Analysis and enable the code checking directly in Simcenter 3D, Femap, Ansys, etc., by enabling the automatic recognition of structural items. The recognition of plates, stiffeners, and girders is based on mesh connectivity and can be performed on any structure which is built with 2D or, in some cases, even 3D elements. The structural members are defined automatically and mesh independently. This allows an engineer to have a model with fine mesh for precise results of the general finite element analysis and a list of structural members for code checking.

Since checks are done on structural items and not on finite elements, the best solution for both execution time and accuracy of the results would be to use the extension for general FEA programs capable of the automatic recognition of the structural members mesh independently.

SDC Verifier is software that follows this methodology. The best solution to avoid double work is to have the same environment for general FEA and code checks. In addition to the time-saving benefits, usage of code checking extensions for the General FEA programs allows to:

ANSYS is one of the most used finite element analysis software. It has lots of kinds of tools to simulate different engineering and physical situations, such as fluids in CFX and Fluent, static and dynamic motion analyses, steady-state and transient thermal and structural analyses, and modal analyses in which you can obtain free-vibrational frequencies, a bunch of vibrational analyses in ANSYS Mechanical. All of these different physical situations can be combined in ANSYS Workbench.

Most engineers related to engineering software have worked with Autodesk Inc. from their CAD software such as Autocad and Inventor.

Nastran is one of the most iconic finite element analysis software that was created by NASA. NASTRAN, is an acronym formed from NASA STRucture ANalysis. Nastran’s source codes are available in various kinds of other software such as NX Nastran, MSC Nastran, etc.

Simcenter Femap is an advanced simulation application for creating, editing and inspecting finite element models of complex products or systems. You can use advanced workflows in Simcenter Femap to model components, assemblies, or systems, to then determine a model’s behavioral response when subjected to real-world conditions. In addition, Simcenter Femap provides powerful data-driven and graphical results visualization and evaluation, which in combination with the industry-leading Simcenter Nastran (formely known as NX NASTRAN), delivers a comprehensive CAE solution that improves product performance.

There are also a lot of other types of FEA software for any type of task.

SDC Verifier – a powerful standard checking software that works within ANSYS, Femap, Simcenter 3D, helps to automatically verify a model according to multiple industry standards and generate reports. With the unique recognition tools, structural items such as beam members, plates, welds, stiffeners, panels, and joints are found on the model and directly verified according to any specific requirements. It helps to automatically verify the model according to multiple industry standards without the need to create any additional models or spreadsheets and generate all the required documentation in extensive calculation reports.

SDC Verifier speeds up the design phase by storing the full calculation process. A recalculation after a modification requires just a single click. All calculation settings are reapplied to the new model and FEM results. The Code of the checks is completely open, so you can modify the formulas of a standard or write your own custom rules.

The finite elements analysis industry is developing rapidly, and engineers have to track new trends continuously in order to keep the working process efficient. Still, there are many resources that form the core of industry knowledge. The Finite Element Method: Its Basis and Fundamentals by O.C. Zienkiewicz, R.L. Taylor, and J.Z. Zhu and Practical Finite Element Analysis by Nitin S Gokhale, Anand N Thite, Sanjay S Deshpande, and Sanjeev V Bedekar are some examples of such sources. Professional communities, forums, and blogs can also be advantageous. 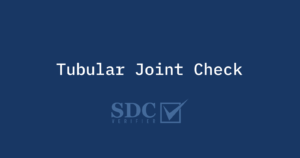 How to perform Tubular Joint Check 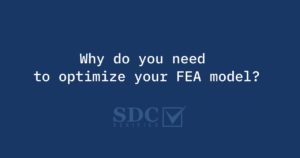 Why do you need to optimize your FEA model?