To perform a weld strength or fatigue checks on welds the calculated stresses should be oriented into a weld direction:

Y – perpendicular to the weld.

In previous version (3.8.5) the weld finder tool updated elements orientation one by one using the Femap API function. As a result conversion procedure was slow (especially on big models) and a rerun of the analysis was required. In version 4 new solution is implemented: stresses are converted automatically into the weld direction, without reorientation.

Weld Stresses are therefore implemented as a separate category. All tables/plots for stresses also can be created for the weld stresses: 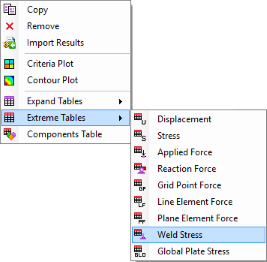 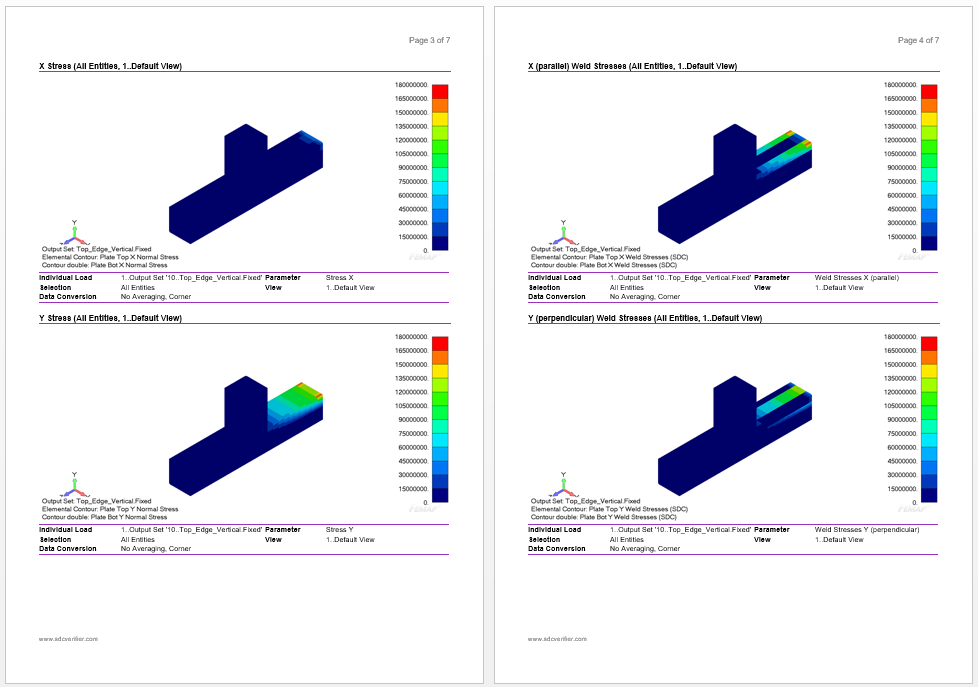 To avoid confusion, the user can also plot only the stresses in the weld elements (using Rule-Based Selector):

In our formula editor, it is possible to use the weld stresses in checks by using the Sweld variable. For example, different allowable stresses for shear stress and the normal stresses parallel and perpendicular to the weld orientation can then easily be accounted for: 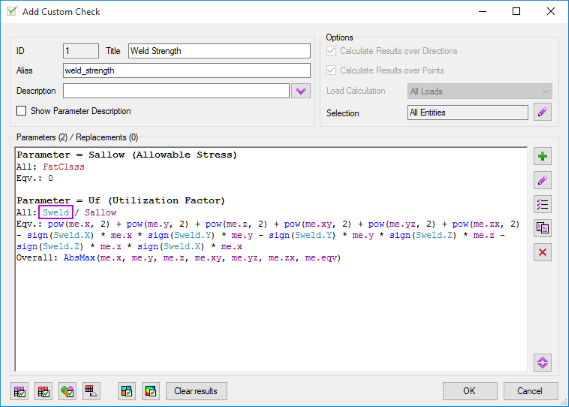 And for fatigue calculations on welds, the stress variation (SweldDelta) of a group of results in the parallel, shear and perpendicular directions can be calculated as shown in the example below: 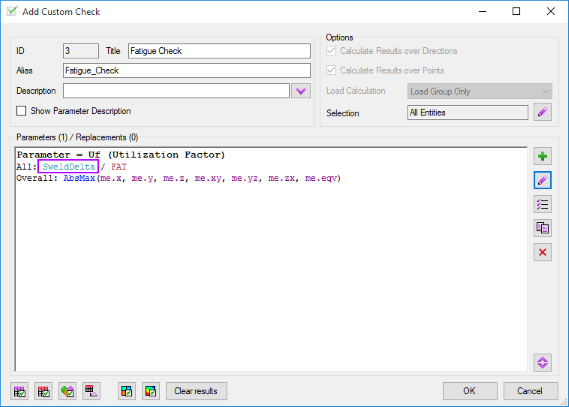